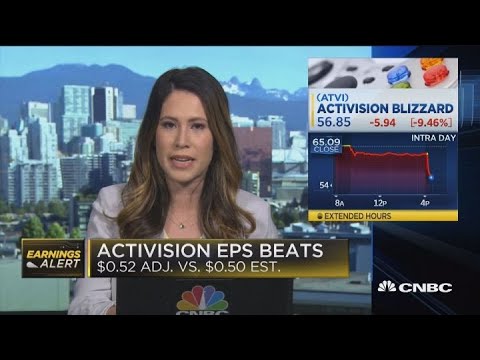 According to the information from the Wall Street Journal, then confirmed by the publisher, Activision Blizzard would have separated from 37 employees since July and the announcement of the trial brought by the Californian state for harassment, discrimination and Aggression in the workplace. Forty-four other people would have suffered disciplinary sanctions.

The newspaper also teaches us that a summary of the actions carried out since the summer in the numbers of Activision Blizzard should have been broadcast publicly before the end of the year holidays. However, the CEO Robert Kick would have chosen to retain it, so as not to give these problems more extent than it would have already covered the public's eyes. This report also evoked receipt of nearly 700 reporting in the workplace since July (some dealing with the same fact). 90% of the latter would have been treated.

Elaine Alaska, publisher spokesperson, therefore confirmed the number of departures as well as the disciplinary measures, but disputes the latter figure, saying that only a befit case would be potentially serious. She also denied the information on Mr. Kick's report and decision to leave him aside for the moment, explaining that the publisher was looking for to be sure of his data and his analyses before sharing them..

Always according to the Wall Street Journal, Daniel Alert, COO of Activision Blizzard, would have announced in December in a letter for the employees that the company undertook to increase by 50% the share of non-binary women and people in its teams in the next five years to reach one-third of the global workforce. He had also claimed wanting to be more transparent about the problems of life at work.

To read also | Activision License a third of its QA department within the Raven Software Studio TO READ ALSO | ACTIVISION BLIZZARD: The US public authorities put (too) the pressure on the publisher To read also | [Shift] Activision Blizzard: According to the Wall Street Journal, Bobby Kick put sex scandals under the exterior

Labels: brought by the Californian