Curious scene in Norway: Player flies because of goalkeeper

Curious scene in Norwegian football: goalkeeper Patrick Gunderson has provoked a red card against his teammate David Arévalo in the first-ledge of his club Viking Stranger at Kristiansand BK (3: 2) by Schalke. 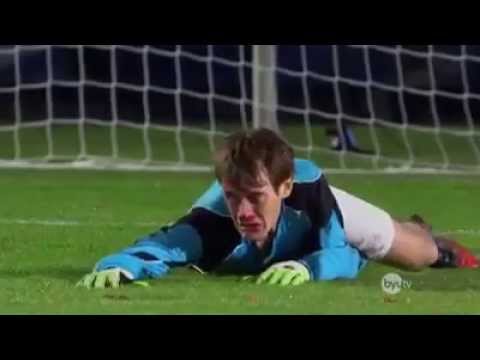 After a dangerous crossing of the hosts in the final phase, Keeper and defenders initially climbed himself before the Slovene Arévalo (22) brought his Icelandic colleagues twice before the chest. At the seconds hub, Gunderson (21) went to the ground from the flash — and Arévalo had to be from the square (90. + 5).

The newspaper Verges Gang called the incident bizarre. Gunderson reported he had called Arévalo, he had to clarify the ball. Then he had gone on him. Belonged to a teammate belongs to it. But we should not attack us, he said to the aftenbladet.

That was not nice for us as a club, said coach Bare Lunge Abraham too. But the two quarrels would have given themselves the hand and apologized to their teammates.